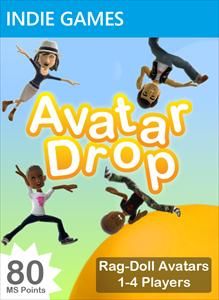 Avatar Drop is a simple minigame where the player controls their Xbox avatar character as it falls down a long narrow tube. There are many balloons and rings of varying sizes throughout the tunnel, and the player must move and spin their avatar in an attempt to go through as many rings as possible. Rings award points, with smaller rings being worth more points than larger rings. Only the first avatar through a ring gets the points. Up to four players can play simultaneously, and there is also an option for computer-controlled players. 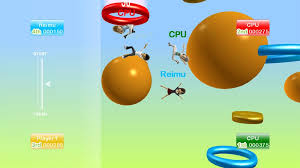