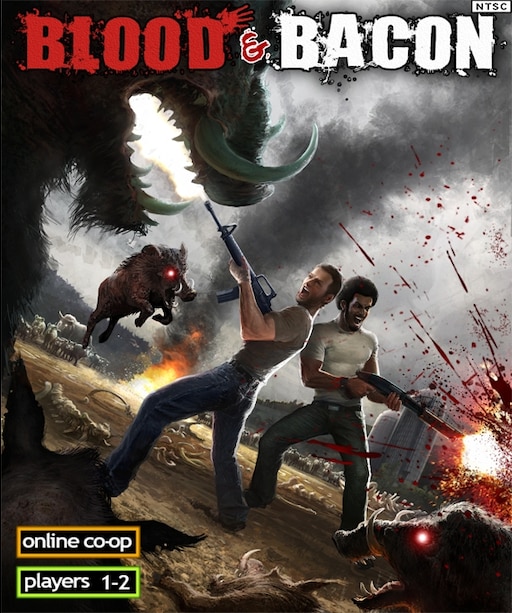 Blood And Bacon is a Multiplayer (Up To 6P) FPS that pits heavily armed players against undead deadstock as you attempt to butcher your way through 100+ levels of insanity and twitching gristle. Day and night levels, players will take on 25 enemy types and numerous bosses, like the gargantuan monster affectionately named, ‘Princess Blubbergut’ and Minibosses every 10 days as you explore, shoot and run for your life against the onslaught of porcine monstrosities. The game creatively dispenses pickups through a meat grinder, from the very creatures you are killing. Ammo boxes, Adrenaline, Grenades, Rockets, and other exotic boosters. Boasting over 15+ hours of gameplay and the ability to battle a staggering (or shambling) 500+ undead creatures at once

Developed by Kilroyfx and released in 2013 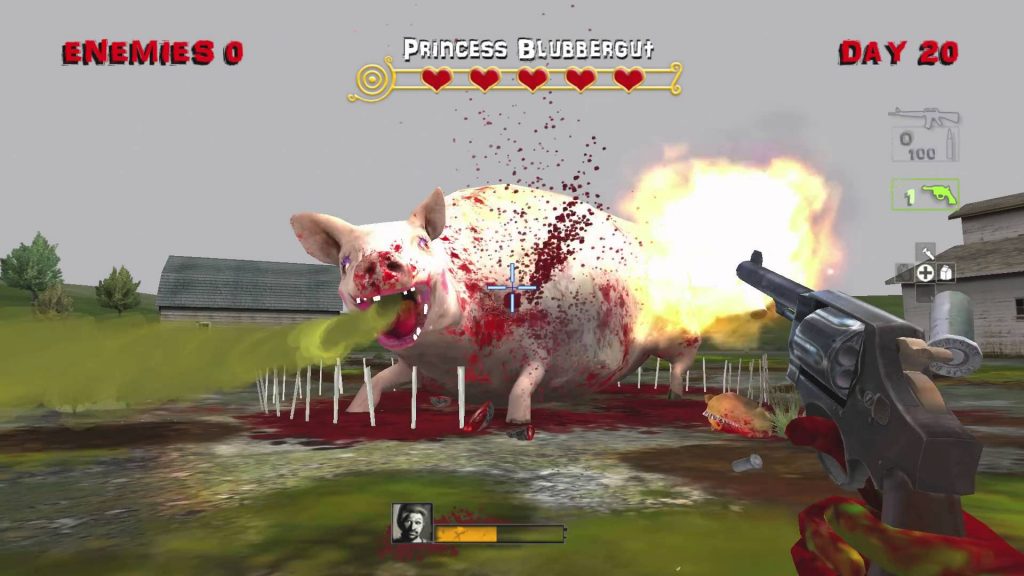