Brog is a caveman in this kart racer with a choice of 11 vehicles which vary in acceleration, speed, suspension, and traction such as the Bone Buggy, the Geode Cruiser, and the Logmobile. You compete against rival cavemen on nine courses with different themes such as the Stone, Bronze, and Iron Ages. Brog can collect various weapons such as bone bombs, bottle rockets, homing pigeons, and land mines. There are different game modes such as: Race – challenge three computer opponents on three laps per course; Gather – collect arrowheads found scattered across the track.

Developed by Pangea Software and released in February 2012 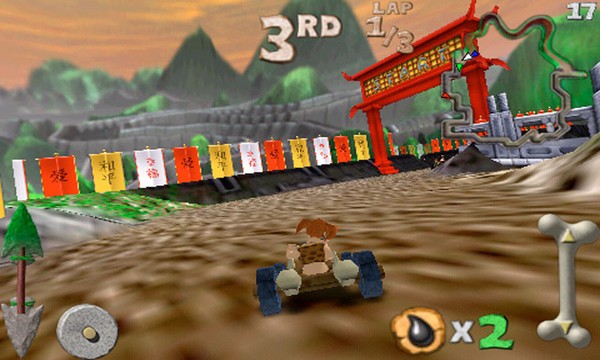