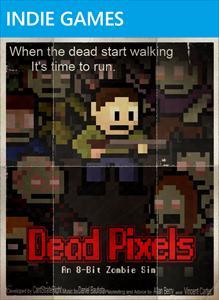 Dead Pixels is a 2D side-scrolling shooter with an 8-bit retro look and it incorporates some simulation and role-playing elements. The main game mode is called Dead Pixels. Set in the fictional city of New Hexington in New York, it details how on 15th July 1983 a toxic waste spill in a power plant entered the water supply and caused all deceased to rise from their graves three days later. Everyone killed by the zombies also turned into one of them and that way only five percent of the city’s inhabitants was considered to be still alive. An intervention by the army failed and the city was put under quarantine until there was a solution. The player is a member of a group of survivors on the other side of the city who have found a way out. Based on the chosen difficulty level 10, 20, 30, 40 or 50 streets need to be crossed to reach the way out.

Developed by CSR-Studios and released in September 2011, this is one of the most critically acclaimed titles on the service 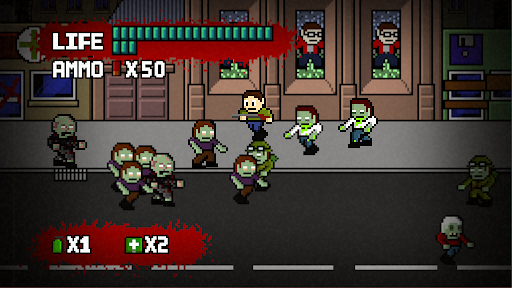